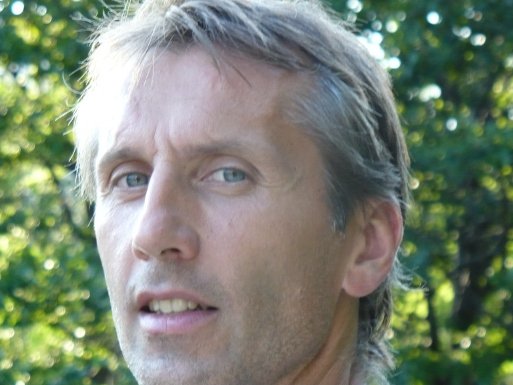 Milan Marsic is a middle school PE teacher who has traveled the world before going back to settle in his parents' home country, Slovenia. He is a kind, quiet and caring person who has been drawn to Clitoraid's humanitarian endeavor ever since he heard about the Clitoral Restorative Hospital, Clitoraid is building in Burkina Faso, West Africa. Here is what he has to share about spreading the news about Clitoraid to his fellow Slovenians:

"After living a few years abroad (3 years in the U.S. and 1 year in Mumbai, India), I decided to go back to settle down in Slovenia, my parents country of origin.
Here the atmosphere is totally different from what I could experienced in the different countries I´ve lived in. Everything is well organized, clean, people are benevolent.. Women's status is good, even if there are still social inequalities (in terms of wages for example..). You don't feel any oppression or machismo against women, like I noticed while I was living in India, or even in France, among certain social groups.
In Slovenia, Female Genital Mutilation is not very well known, and this practice is very far away, geographically and in term of mentality, from local customs. So the goal was to raise the awareness of the Slovenian population regarding this barbaric and medieval practice and introduce them to our organization CLITORAID.
With the local team of Raelians who wholeheartedly embrace Clitoraid's cause that was inspired by spiritual leader, Rael, we decided to have a booth at the Erotika 69 fair in the town of Celje. This was the biggest convention of its kind in Slovenia. We thought that this event would be the best place to reach people who are more openminded regarding sexuality.. because even if sexuality is not really a taboo in Slovenia, people might be a little shy talking about it..
The experience was great ! We spread flyers, showed videos, explained to the public about FGM and Clitoraid´s mission.. and we had a very good feedback. We could feel a very positive respond from some concerned people, and it was a real pleasure to see that their mind became enlightened on this big concern.
We received some donations to help building the Pleasure Hospital, and many people were definitely ready to help and spread the word about Clitoraid and about this unacceptable practice still existing in some parts of the world !" 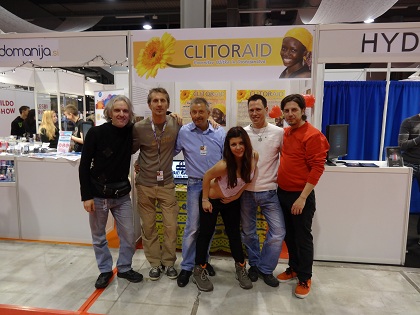